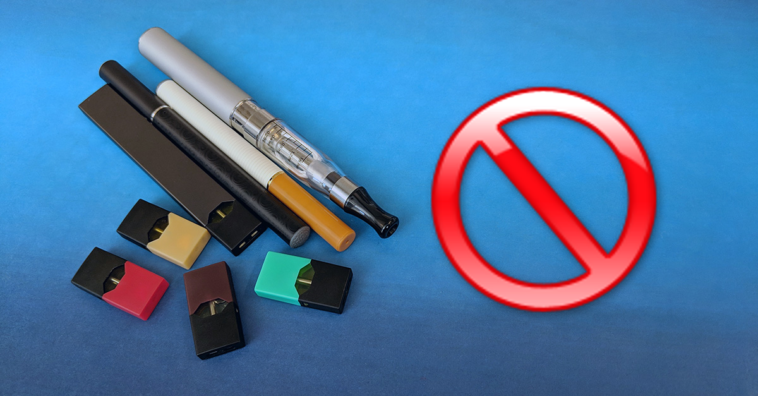 Once thought to be less dangerous than smoking cigarettes, vaping is now being shown to hurt the lungs and even kill. It’s also hard to stop once you’ve started because it makes you feel good. Just know that your body will notice the difference as soon as you stop, and the benefits will start almost right away.

When e-cigarettes first came out in the late 2000s, people thought they were a safer alternative to tobacco cigarettes. However, there is no evidence to show that this is not the case. Nearly 3,000 cases of EVALI, a new lung disease linked to vaping that is being tracked by the Centers for Disease Control and Prevention (CDC) (e-cigarette, or vaping, product use-associated lung injury). Based on data from 29 states, the agency knows that 68 people have died. The habit could also make the symptoms of Covid-19 worse, which could lead to more severe cases and make it more likely that people will die from the new coronavirus.

Vaping can kill you. It also gets you hooked. Using a JUUL to vape can be just as bad for your health as smoking a pack of cigarettes every day. When you vape, you inhale liquid from a cartridge that is attached to the vaping device. This liquid is called “e-juice.” This liquid can have dozens of different chemicals and flavorings in it, in addition to nicotine.

Vaping has become popular with kids and teens, in part because it comes in tasty flavors like bubble gum, mango, and mint. The number of high school students using e-cigarettes went up by 900% between 2011 and 2015. This is what the U.S. Surgeon General says.

In June 2022, the FDA even told JUUL Labs Inc. to stop selling and distributing its JUUL device and four types of “JUULpods.” The move was part of a larger effort by the FDA to put the vaping industry under a microscope and force companies to prove that their e-cigarette products improve public health by helping people cut back on or quit smoking. Even though the agency later decided to put the order on hold while they did more research, the federal government is still trying to regulate vaping and get people to stop using e-cigarettes.

In as little as 20 minutes, says Nikola Djordjevic, MD, project manager of Med Alert Help, “your heart rate goes back to normal, your blood pressure goes down, and your circulation starts to get back to normal.”

Your breath may also get better: According to research published in 2018 in the International Journal of Environmental Research and Public Health, heating the two main ingredients in an e-cigarette, propylene glycol and vegetable glycerin, makes chemicals that are bad for your lungs. Caleb Backe, a certified health and wellness expert for Maple Holistics, says that when you stop vaping, your breathing should get easier and your airflow should be clearer.

Nicotine is addicting, and you may have some minor, short-term side effects. Dr. Djordjevic says that the symptoms of acute nicotine withdrawal can be both mental and physical. He says that the psychological signs can include a need for nicotine, mood swings, trouble focusing, anger, and anxiety. Dr. Djordjevic says that some of the physical symptoms are headaches, sweating, tremors, insomnia, an increased appetite, abdominal cramps, and constipation.

These are usually the first effects you’ll notice, usually within four to twenty-four hours of quitting. Dr. Djordjevic says that these effects will be at their worst around day three and get better over the next three to four weeks. So it will probably take about a month to stop.” If you think e-cigarettes are healthy, you may be surprised by how vaping affects your body without you noticing.

In 2018, the American Journal of Preventive Medicine published a study that found that daily e-cigarette use doubles a person’s risk for a heart attack. But if you stop, the risk starts to go down very quickly. “After just one day, your risk of having a heart attack starts to go down because your blood pressure goes down, your blood oxygen levels go up, and your cholesterol levels and blood clots are less likely to get worse,” says Dr. Djordjevic. (Doctors want you to know what normal oxygen levels look like.)

Like smoking cigarettes, vaping can dull your senses and make it hard to smell and taste. After only 48 hours without smoking, you may notice that you can taste and smell food better. New research shows that nicotine affects more than just your brain. It may also raise your blood sugar.

5. Nicotine is out of the body: Three days later

6. Lungs begin to show how much healthier they are: One month later

People often call a smoker’s cough a cough that won’t go away or a wheezing sound they make when they breathe. Even e-cigarettes are bad for your lung health and make it harder to fight off infections. But quitting will help your lungs get better. “After a month, your lung capacity gets better, and your shortness of breath and coughing get a lot better,” says Dr. Djordjevic.

Read More: How Long Should One Stay in Rehab to Be Completely Recovered?

According to 2016 research in the journal Trends in Cardiovascular Medicine, the nicotine in cigarettes makes the blood vessels in your skin and around your heart narrow. Maybe the nicotine in an e-cigarette is just as bad for you. But once you stop, your blood flow will start to get better as your blood vessels return to their normal size. People often worry that giving up smoking will make them gain weight, but you can stop smoking without gaining weight.

8. Your lungs can fight infections again: After nine months

“After nine months, the health of the lungs gets much better because tiny hair-like structures that help push mucus out and fight infections grow back,” says Dr. Djordjevic. This could make it much less likely that you will get some infections or have problems with illnesses like the flu and pneumonia.

9. Your risk of a heart attack is cut in half: After one year

Your risk of a heart attack is lower now that your blood vessels are getting back to normal size, your heart rate is back to a safe level, and your blood pressure has gone down. “After a year, the risk of heart disease drops by 50%,” says Dr. Djordjevic. Think again if you think you’re too young to have heart problems. This woman had a stroke at age 29.

When your heart health gets better and your blood pressure goes down over time, you get another big benefit: your risk of having a stroke goes down. Research presented at the 2019 International Stroke Conference found that people who use e-cigarettes are 71% more likely to have a stroke than people who don’t smoke. This risk goes down almost right away if you quit, and it keeps going down with each passing month.

A 2017 study published in Scientific Reports suggests that e-cigarettes and vaping may cause DNA changes and genetic mutations that can raise the risk of cancer. So, the longer you stay away from e-cigarettes, the better for your body. “After 10 years, the risk of lung cancer is cut in half, as are the risks of pancreatic, mouth, and throat cancer,” says Dr. Djordjevic. “After 15 years, your chance of getting coronary heart disease is the same as that of a person who doesn’t smoke. The risk of getting pancreatic cancer is the same.”

There will come a time when your bad habit of vaping won’t hurt your body or your health anymore. Dr. Djordjevic says, “After 20 years, your risk factors will be the same as those who have never smoked or vaped.”