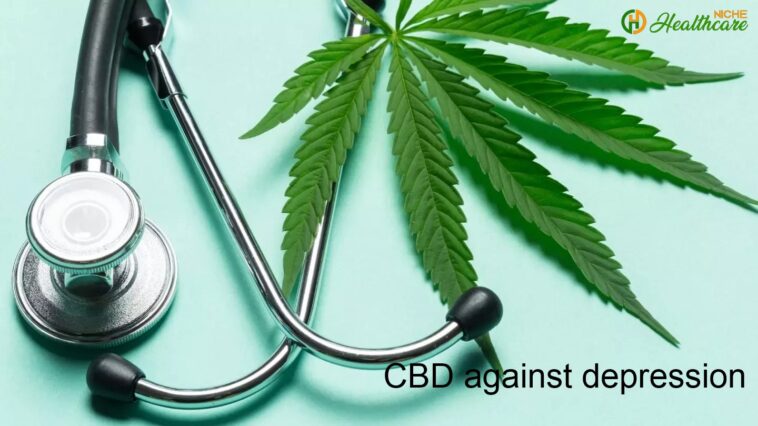 Is CBD Effective Against Depression? Cannabidiol (CBD) has attracted a lot of attention recently for its possible applications in treating mental health conditions, especially the treatment of depression. Chemically speaking, CBD is a component of the Cannabis sativa plant, generally referred to as marijuana or hemp.

More than 80 different substances, or cannabinoids, are present in cannabis. Tetrahydrocannabinol (THC), the psychoactive compound that gives marijuana its characteristic “high,” is the primary cannabinoid that most people are more familiar with.

Contrarily, CBD is said to have a variety of health advantages without these psychotropic side effects. According to some research, CBD appears to have antidepressant-like properties, which implies it may be effective in reducing the symptoms of depression.

Despite assertions to the contrary, it is critical to realize that there is still little research on CBD’s potential to improve mental health. Although studies have been conducted, many of them have limitations, necessitating more studies to completely comprehend CBD’s medicinal potential.

According to some studies, CBD may interact with the brain’s serotonin receptors to reduce the symptoms of depression. A neurotransmitter called serotonin is involved in many bodily processes, including the control of mood. It might support the development of positive and contented emotions. Additionally, it is frequently linked to the start of the depression, and many antidepressant medications act by raising serotonin levels in the brain.

According to a 2018 study, cannabidiol doesn’t raise serotonin levels; instead, it seems to function by affecting how the brain reacts to the serotonin that is already present.

Another study discovered that CBD had a “clear anti-stress impact,” which may help lower stress levels, which are a factor in the development of anxiety and depressive symptoms.

How It Is Used

Although cannabidiol comes in a variety of forms, only those that are consumed are likely to have any effects similar to those of an antidepressant or other benefits for mental health. Orally, it can be consumed as an oil, spray, or pill. Additionally, CBD can be included in edible items like drinks, candies, and chewable gummies.

In creams, salves, lotions, and balms, CBD can also be used topically, albeit this method is likely to have mainly localized effects. Some e-liquids can be vaporized and inhaled, but vaping has risks of its own.

The majority of the data that is currently available indicates that CBD is typically well-tolerated and has few adverse effects. However, this does not rule out the possibility of adverse side effects, which could include:

The World Health Organization states that the research suggests CBD is generally safe. However, it’s unclear exactly what will happen in the long run.

How does CBD stack up against conventional antidepressants then? The lack of sufficient study on the effects of CBD prevents accurate comparisons of the effects from being made just now.

But according to one study conducted on animals, CBD might also offer the following advantages:

The conclusion is that further research is required before CBD may be used as a treatment for depression. One of the greatest assessments of the study concluded that the evidence is insufficient to recommend CBD as a treatment for depression because the majority of the evidence for CBD’s antidepressant effects comes from animal studies or tiny trials.

It’s crucial to speak with a doctor or mental health expert if you’re exhibiting signs of depression. If depression is not addressed, it may get worse over time, although there are effective therapies, such as psychotherapy and drugs.

Always see your doctor first about how to take CBD and any potential drug interactions if you’re interested in using it to treat depressive symptoms in addition to other therapies.