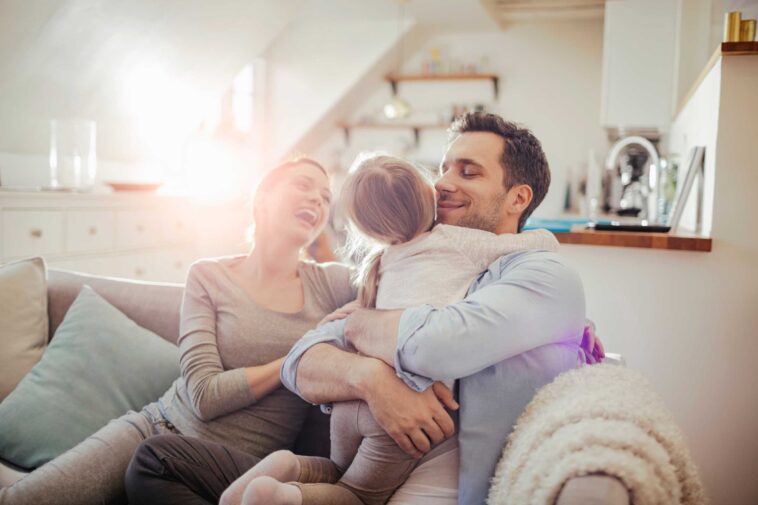 During the coronavirus epidemic, it may feel as though embraces are obsolete. Indeed, among the many things you may crave during this trying time, a hug may be at the top of the list. The seclusion and lack of human contact contribute to the difficulty of quarantining. Human touch and connection are as fundamental as any other human need, and there is compelling evidence that hugs do more than make you feel good. According to researchers, affectionately squeezing your loved ones can actually be beneficial to your health.

Related: 15 Healthy Benefits to Kissing Your Partner Every Day

Hugs can be beneficial to one’s health, according to research. Hugs reduce the release of cortisol, a stress hormone, and additional study indicates that hugs can help reduce blood pressure and heart rate during stressful conditions.

Additionally, research has discovered that both giving and receiving hugs can actually help to enhance one’s immune system.

Hugging transmits the message that you are safe, loved, and not alone — a message that is sorely needed right now.

Generally, there are three categories of people: those who are touchy-feely and always greet you with a hug, those who are special and only hug occasionally, and those who find shows of affection offensive. Interestingly, your touchy-feely buddies may also be happier and healthier, since recent study is establishing the embrace as a viable mental and physical health benefit.

Hugs may help to alleviate the stress associated with conflict – even before it begins.

How? To begin, a new study published in PLoS One examined whether the effects of a pleasant embrace might last throughout the day — even if you are confronted with conflict later in the day. The researchers discovered that those who received hugs were less influenced by “conflict exposure,” or interpersonal disagreement, than those who did not receive hugs. The huggers’ genders were irrelevant, as was the context of the relationship (romantic, familial or platonic).

According to one of the study’s lead authors, Michael Murphy, Ph.D., a post-doctoral research associate at Carnegie Mellon University’s Laboratory for the Study of Stress, Immunity, and Disease, this is because touch deactivates the part of the brain that responds to threats, resulting in fewer stress hormones being released and your cardiovascular system experiencing less stress.

“In other words, it’s associated with a reduced ‘fight-or-flight’ response to stressful situations,” Murphy explains, adding that theorists believe interpersonal touch can modulate oxytocin (a feel-good hormone also known as “the cuddle chemical”) and the endogenous opioid system (brain neurons that can produce soothing chemicals), both of which have been shown to improve health. “Feeling safer and more cared for, in turn, can help us become less sensitive to physical discomfort and less reactive when confronted with potentially harmful situations, particularly socially frightening experiences,” he explains.

While the thought that a hug might alleviate typical cold symptoms may sound ludicrous, evidence says otherwise. Another study conducted by Murphy’s Carnegie Mellon colleagues studied the effect of stress and social support on immunity and susceptibility to infectious disease. Participants were exposed to a common cold virus and then monitored for signs of disease in quarantine. The study discovered that people who felt socially supported and were hugged more frequently also had less symptoms of illness.

“Feeling frightened and stressed can reprogram our immune system to operate more aggressively than necessary for longer durations of time,” Murphy explains. “An overly aggressive immune system can wreak havoc on our physical systems, increasing our chance of contracting a range of diseases. To the extent that hugs make us feel safer and more cared for, they can act as a buffer against potentially dangerous encounters, preventing us from producing an over aggressive immunological response.”

Hugs and affection at a young age can help children develop into healthy individuals.

In another study, parental affection was proven to be a predictor of a child’s future health. “Childhood hardship raises the likelihood of adult mental and physical health problems,” Judith E. Carroll, Ph.D., assistant professor of psychiatry at UCLA, explains. How does this relate to hugging? According to her research, those who experienced emotional and physical abuse as a kid, as well as a lack of love and affection from a parent, were at the highest risk for developing health problems later in life. Surprisingly, if an individual reported abuse but also received love and affection from a parental figure during childhood, the impact of abuse on their health was partly minimized.

Hugs may be beneficial to your heart in a number of ways.

As Murphy has stated, hugs appear to alleviate stress on the cardiovascular system. The University of North Carolina recruited 59 women between the ages of 20 and 49 who had been married or had a monogamous partner for at least six months. The women were initially invited to sit next to their partners and recollect a time when they felt particularly close for a few minutes, then view a romantic video for a few minutes, converse for another couple of minutes, and finish with a 20-second hug. Following that, the ladies were removed from their boyfriends and instructed to compose and film a speech on anything that had caused them anger or stress. Their conclusions? During the demanding job, the hug group had reduced blood pressure and heart rates. And women who reported receiving more hugs from their spouses had consistently higher oxytocin levels throughout the study, leading the researchers to infer that oxytocin may play a role in the association between hugging and lower blood pressure. 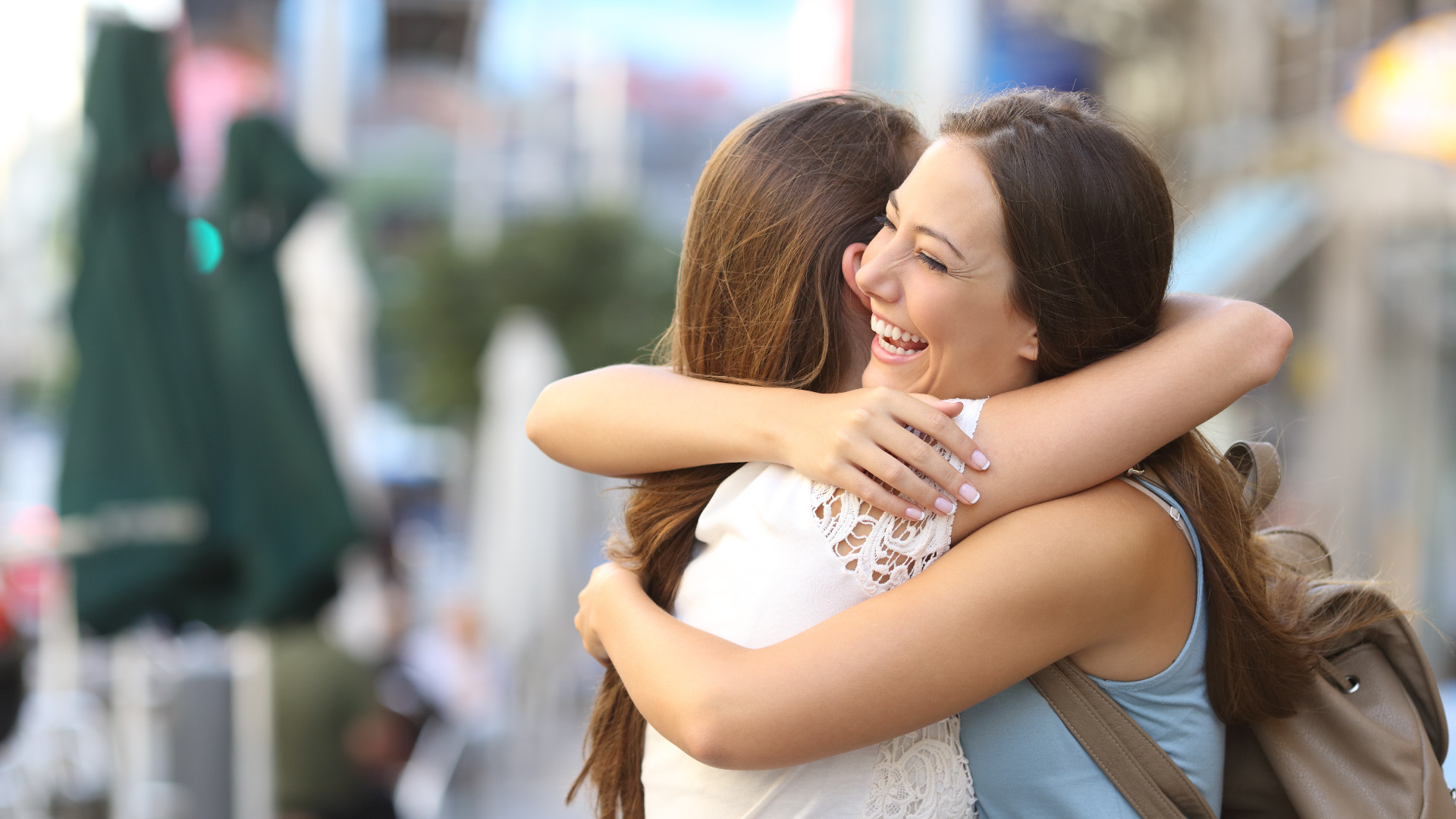 Given that hugging has been shown to increase the level of oxytocin, the brain’s “feel good” chemical, connecting — in whatever way we can — may be exactly what we need right now. The most prudent course of action is to avoid hugs. However, there are several safe methods of giving and receiving affection available right now.

Hug a family member: You already share germs with others in your household. Now may be an ideal time to give your family members more frequent hugs.

Invest in a body pillow: While hugging a cushion is not the same as spooning with a loved one, it can be soothing. Additionally, some studies indicates that body pillows may be beneficial for relieving back pain, assisting pregnant women in finding a comfortable sleeping posture, and even reducing snoring.

Connect with family and friends online: Certainly, technology has aided many in weathering the coronavirus storm. FaceTime, Zoom, and other video conferencing applications can help you maintain a sense of connection while remaining socially safe.

Quarantine self-care: Take advantage of the additional time to pamper yourself or establish a new self-care habit. Facials, bubble baths, and online workout programs all provide numerous possibilities for self-care while being safe.

Put on your mask and venture out: If you crave the proximity of pals, do so safely. Wash your hands thoroughly, put on your favorite mask, and arrange to meet a friend for a socially distant coffee date, such as one at an outside coffee shop. Alternatively, get takeout and enjoy a picnic in an outdoor spot (still masked and six feet apart, of course).

Hug a pet: Numerous studies have demonstrated that humans and pets have therapeutic ties.

The coronavirus has undoubtedly altered our perceptions of how we give and receive affection. However, it is critical for our mental health that we maintain contact with those we care about. We can do so safely and share affection with those who matter to us with a little creativity and planning.